Amsterdam is most definitely one of my favorite cities in the entire world.

It is the third time I have visited and each time has been so different. This time, I was only in town for about 36 hours, so I tried to make the most out of it.

When I arrived at Amsterdam Centraal Station, my Colombian sisters were waiting for me next to a random piano that anyone could play right in the middle of the station. From there, we made a quick stop down the street where Brad Pitt owns an apartment on our way to one of my favorite lunch spots in the world: Green House Munchies (formally Green House Kitchen). They specialize in vegan/vegetarian/health foods, whilst vaporizing specialty herbal blends at the table. I enjoyed catching up with Danielle and Sam over a nice curry tofu dish, all before checking into my hostel.

Fun fact: Amsterdam is certainly a walkable city, but it is made up of brick roads and crosses many canals. This makes dragging a suitcase especially difficult… especially when it’s already broken. I immediately regretted bringing ANY luggage. However, I would take brick sidewalks over Dutch stairs anytime. Stairs in the Netherlands are not only extremely narrow – almost ladder-like – but in my hostel, there were also twisting stairs.

My hostel was subpar. It is my understanding that sometimes a bad hostel experience can make a traveler think negatively about a city. Lucky for Amsterdam, I know better than to blame the city. I stayed at Bob’s Youth Hostel, very close to the center of town. The reason I picked it was because many other hostels require a minimum of two nights. Danielle and Sam stayed nearby at a place called Aviengo that seemed nice enough (their’s was one floor, so that’s convenient), so it was a great location for being close to them.

I arrived at Bob’s right at check-in time, 2 pm, and I was given a key to my room and my bed assignment. I asked for a lock that had a €10 deposit because I accidentally forgot my lock at home, but they were out of locks. When I got into my room, there were no empty beds. I wasn’t really planning on sleeping anyway just yet, so I went downstairs and told them that my bed was leftover from last night’s guest and was assured it would be handled ASAP.

Since I was there and had just spent 12 hours travelling, I though a shower sounded refreshing and wouldn’t require my bed to be ready yet anyway. I asked for a towel, with a €1 deposit, but they were out. Instead, I took a shower and dried off with a washcloth. It took three times ringing it out, then I got dressed and left to meet the girls for our adventures. Before walking outside around 4 pm, I spoke with the new receptionist to inform him my bed was still dirty… once again, I was assured that it would be taken care of.

Since Danielle and I were in Amsterdam last year, and it was my third visit, this visit was more relaxing. Sam had to do some homework for her humanities class, and we are all on a tight budget, so we decided to walk around looking for pretty churches. Regardless of your religious beliefs, churches are often the most interesting architectural sites in any country, and are often free to enter. We went to the Oude Kerk, the Nieuwe Kerk and a Basillica; but only the Basillica was free to enter, so the others we only saw on the outside.

Afterwards, we crossed the river via the free ferry behind Centraal Starion to visit Amsterdam Noord. This part of the city is much newer, and is filled with lots of hip cafes and shops. However, most everything was closed on our Wednesday evening so we enjoyed some coffee outside at a nice picnic table that belonged to a restaurant that was closed. On our way back downtown, we had dinner at Salsa Shop. It was literally exactly the same as Chipotle – even free guacamole with vegetarian entrees. I think they may be owned by the same company. Then, back to our hostels for some refreshing where I discovered that at 10 pm, my bed was still not made.

Danielle and I felt like going out, so we started looking on the CouchSurfing app for other travelers. We ended up in the most awkward situation with these two Russian guys. They were very quiet, but followed us around like lost puppies as we went for a stroll around the Red Light District. We were together for about 2 hours, at which point I finally turned around and said we were thinking about going home (we didn’t). We enjoyed the city a bit more and then made our back to our beds by 2 am.

When we arrived, everyone in my room was asleep. Normally I put my PJs and whatnot on my hostel bed at the beginning of the day for the night ahead, but that hadn’t been an option earlier so I tried to very quietly prepare for bed. At first I was very worried about being obnoxious, so I used a face wipe, brushed my teeth and wore the dress I had worn over jeans all day as my pajamas. Finally, I noticed there was no ladder to get to the top…. that was great.

I fell asleep as soon as I closed my eyes.

I woke up the next morning to an alarm. I had to get ready, pack up and go before 10:30am after being up until about 3 a.m. I seemed to move pretty quick with that motivation. I left my luggage at the hostel while Danielle, Sam and I ventured to Pancakes&Waffles for breakfast, where none of us had any pancakes or waffles.

For Danielle and I, our finals hours in Amsterdam were spent at the House of Bols. This is where the Dutch makes Genever, a precursor to Gin. It was not only incredibly informative and interesting, but you also receive a free cocktail with admission. It was a fantastic experience – look out for a video out House of Bols soon. Afterwards, we headed to Pasta Bar for some cheap Dutch pizza before we boarded the train at Centraal Station to the airport on our way to Paris 🙂 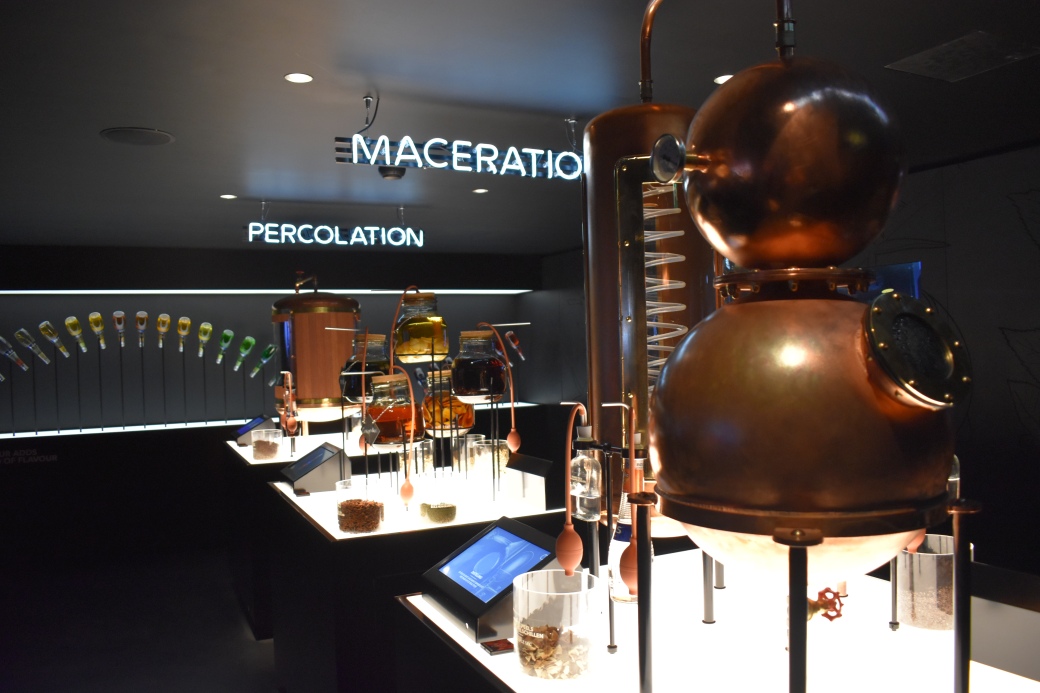 Amsterdam and Paris are the only two cities I will be visiting that I have already visited prior, but they are also some of the most amazing cities in the world – be ready! I am also planning on posting a video of my time in Amsterdam!

As always – if you love what I’m doing and you’d like to help continue the experience, please check out my Discounts&Donations page to donate to my journey! Thanks for your support!

Amidst major life changes, I have decided to go travel the world. This blog is dedicated to retelling the tales of my excursions and exploring the cultures through which they occur. Follow me on this journey! View all posts by FloridaGirlAbroad

One thought on “First Stop: Amsterdam ”